The members introduced themselves by each other.
Jon said he met NUTZ 10 years ago. In that time NUTZ played in the band “Fuger” with their drummer Ryo together. Back then Jon played in the band “fade” and U:zo with “RIZE”. The bands played a lot of shows together and got to know each other. Jon thinks about NUTZ that he is always a fucking crazy, super funny badass guitarist, which he always wanted to play with. 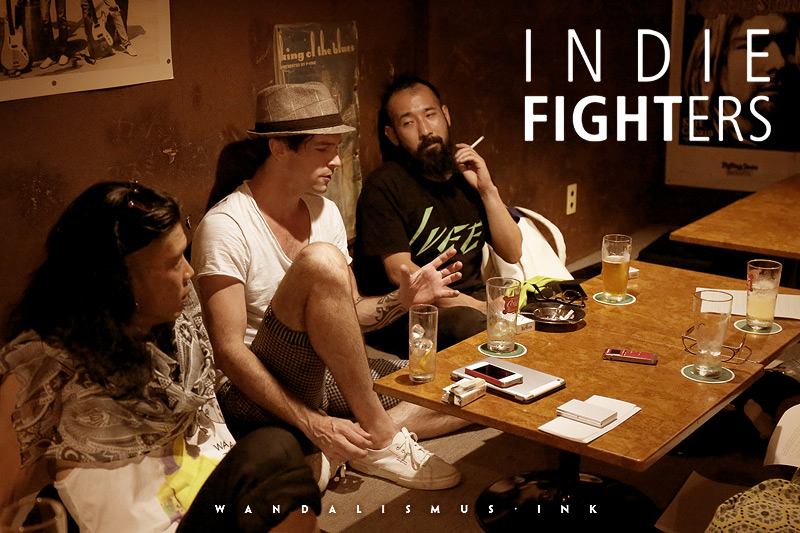 Q: What is your most ambitious goal to reach?

U:zo: To be free!
Jon: To be free?! That’s a big goal!
U:zo: (in Japanese) There’s a lot of meaning in it! But if you don’t go there you don’t know! So you have to go!
Jon: It’s really really simple! But huge! You know, we’re tryin’ to break it down, like, more simple things, basic things.

Jon & U:zo: Yeah!
Jon: How about you, NUTZ? What’s your … [goal]?
NUTZ: (starting something that sounds like a Japanese sentence but doesn’t even seem to make sense to the other band members)
Jon: (repeats what NUTZ said and everybody is waiting for NUTZ to explain further)
U:zo: (whispering) He’s crazy!

Q: (whispering back) He’s nuts, right! (Everybody bursts out in laughter again)

NUTZ: (Trying again with the same result, Jon repeats)
U:zo: Thanks! (in Japanese)
Jon: Yeah! (in Japanese)
U:zo: Let’s end here (in Japanese to NUTZ, then in English to the Interviewers)
Jon: NUTZ is actually not gonna be the guitarist anymore!
U:zo: He’s quitting! He’s quitting! I’m sorry!
NUTZ: Cheers!
Jon: Thanks for everything, buddy! Nice to have known you man!

Jon: Yeah, we couldn’t do it without NUTZ! (calming down) It’s just how we joking with each other.

Q: And you plan to tour overseas as well?

Jon: We’ll get the guitar!

Q: (We were looking around if any guitar was standing around, but none could be seen)

U:zo: Maybe next time!
Jon: Yeah, maybe next time. We wanna play for a lot of people in lots of different places and do it in many different ways, too, you know! Like, … maybe not just live houses and, festivals and sh*t, but people’s … (gets distracted by U:zo)
U:zo: Adventure, ne!
Jon: Yeah, adventure! We want adventure in our music and on our tour and the more the merrier, we feel like!

Q: Your sound is pretty American and you sing in English. Are there also plans for Japanese songs?

Jon: We’re open to anything.

Q: So something pops up and you’re like: “Hey!”

Jon: Yeah! If we came up with something cool, you know, in Japanese, then we’d use it.
U:zo: (in Japanese) That’s just natural! If Jon decided to use Japanese …
Jon: We’re open to anything! Or other languages, too!

NUTZ: (in Japanese) Ah indeed! The sound is close!
U:zo: German!
NUTZ: (in Japanese) Right now from the two languages [Japanese and English], English is the most comfortable to sing in.
Jon: But that has nothing to do with what will fit of Sonz of Freedom better. It’s just the most natural right now!
U:zo: (in Japanese) Let’s make up a new language!
NUTZ: (starts making up an new language immediately!)

Q: What are your musical roots?

U:zo: Yeah! Hell yeah! Ella and Louis best album! [referring to” Best of Ella & Louis” Album] the best ever!
Jon: I grew up with a lot of Motown, Soul…
U:zo: Yeah man! Michael Jackson.
Jon: R&B, reggae…
U:zo: Reggae! Bob Marley, Curt Cobain
Jon: No! (to Curt Cobain)
U:zo: (in Japanese) And then all of these (pointing at all the wallpapers in the room)
Jon: (in Japanese) I mean, that’s like your best of the best!
NUTZ: Beatles
Jon: NUTZ likes the Beatles a lot!
NUTZ: Classical
Jon: We’re very very very eclectic! And we hardly ever listen to rock together, ever! Yeah, I’d say ever, or…ne?
U:zo: Ne! Ne!
Jon: We always listen to other kinds of music.

Q: What kind of artists are you listening to, besides the ones you already mentioned?

NUTZ: Yamashita Tatsurou. He is a japanese Funk and Disco musician.
Jon: I recently like this artist called “Citizen Cope”.
U:ZO introduced him to us, he is fucking great. I like artists who can perform on the street with one speaker and a guitar and who can do the same on a big stage. I really respect them.

Q: What’s the roots and the meaning of the „Hardcore Samba African Man“ song?

Jon: Oh we made that jamming one day. And it just…came from nothing.
U:zo: (in Japanese) I just made it!
Jon: From the beginning I think you and Ryo made it. I came and we jammed and it’s about…
U:zo: Oh, Jon made that one!
Jon: Un, we all made it, together! And then lyrically, it’s about …. You know there was a lot of – for me – there was a lot of tension over the last year, year and a half. And thinking about life and myself in my … at this stage in my life, and being unsatisfied about it in many many ways, wanting to make changes in that and … that’s where I think the lyrics came from. Just like so, this being unsatisfied and wanting to move on to a different place, you’d do what was necessary to do to get there.

Q: Is there a chance to get the lyrics?

Jon: The lyrics? Well the lyrics are…

Jon: Ah, yeah, yeah, yeah! Ahm …. At some point! I think, you know, right now they’re still kind of “in phase”. You know, still tweaking with them! Nothing finalized… but when we put out our album, definitely! You’ll have access to lyrics then for sure. And maybe before then if I finalize them.

Q: So when will you publish your album?

Jon: Right! We’re working on a homepage! We’re working on it it’s almost done! (U:zo is cracking up at this point) Almost done! We eh…it’s just that the we decided …
U:zo: We just started, right?
Jon: Yeah, we’ve actually only played 5 shows. Really! We’ve only been together for a year, so. You know, you need things to make a homepage! You need the domain, you need someone to design it for you and to make a good homepage, you need to have a decent knowledge of source code, which none of us do. So, we decided to go with twitter, Facebook, YouTube for now.

Q: What was the worst you experienced with fans?

Jon: Two girls came backstage, who said they were friends with some guys from another band with whom we were playing one night. And because someone insulted them they were freaking out, throwing stuff around, and breaking people’s guitars…

Jon: borderless.
NUTZ: just the entrance. And those who create music are the people.

Q: Now at the end, promote yourself in your own words to our readers overseas once more, please!

Jon: If you are looking for something different, if you are looking for something fun and natural and organic based on substance, then you’ve come to the right place! Sonz of Freedom is … that’s what we are! And we wanna meet you, we wanna see you, we want to play for you, so please check us out. And if you want to, please help to spread the word about Sonz of Freedom so we can make a tour, or playing overseas a reality as soon as possible. ‘Cause we’d really like to.
NUTZ: (Unfortunately NUTZ decides to pick up a thought that came up during the interview and gives us a wonderful message in a completely made up language!)
Jon: You need someone else to translate this! This is Natsuko! Yeah, blues and barriers!
NUTZ: Bom borus! Jon: And balls!
NUTZ: borus!
Jon: Blues, berries and balls! NUTZ: Paris!
Jon: Parties!

Q: … So he wants to start cooking!

Thanks for the Interview Sonz Of Freedom!

Thanks for the cooperation with Akataiyou No Nihon and WANDALISMUS.INK 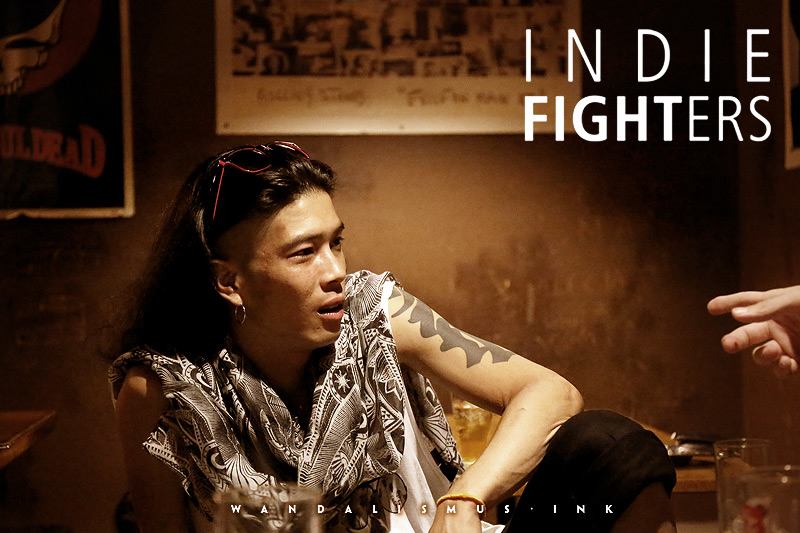 First part of the interview you will find here at Akataiyou No Nihon.
Pictures by WANDALISMUS.INK